Can the student loan crisis cause the next housing crisis?

Here is an idea. Let’s convince a generation of people over 70 million strong (the baby boomers) that one of the biggest and best investments they will ever make in their life is their home. We will tell them that having a large portion of their net worth and retirement savings in this investment will be a simple formula for success. You take out a 30-year mortgage (where you will pay a significant amount of interest to a bank). But do not worry, this real estate asset will appreciate in value greatly over the next forty years before you sell the home. You will likely sell it to someone much younger than yourself, and you will recoup your investment and profits too. Maybe you will sell your home and downsize, possibly moving to a warmer state with cheaper housing. (See Florida for more details). We’ll call it all the American Dream.

Then we will convince another generation also 70 million strong (the millennials) that it is a great idea to take out large sums of uncollateralized, largely publicly-funded debt (aka student loans). We will tell them that this debt will be worth it because they’ll get a great job after college and can easily pay back the debt.

Here is the tricky part. We will need to have the timing of the first generation selling their homes and retiring coincide with the timing of the next generation buying their homes. Unfortunately, this younger generation will have a very heavy debt burden which may disqualify them from being able to obtain a large enough bank loan. It may shape up to be a situation where the millennials can afford a townhome, but the baby boomer wants to sell their single family detached home.

As interest rates have come down in this country over the past forty years, student loans have become much easier to acquire.  In 2010, student loans passed credit cards as the second largest form of debt in the United States.  Currently, 44 million borrowers carry $1.44 trillion of student loan debt.  In the class of 2017, 65% of the graduates completed their studies with an average of $28,650 of student loan debt, with an average monthly repayment of $393.[1]  This debt burden is causing recent graduates to make decisions very differently than their parents did.  In a recent report from the National Association of Consumer Bankruptcy Attorneys, 80% of the 860 attorneys surveyed said the number of potential clients they encounter with student loan debt has “significantly” or “somewhat” increased over the past three to four years.[2]

people in this generation are now roughly 25 and presumably in the workforce and starting their lives. These two generations could be on a collision course in housing.

If you think the student loan problem does not concern you because you do not have a student loan, consider that when people apply for a mortgage, lenders evaluate “the back ratio.” This is a debt-to-income ratio, calculating the total mortgage payments and all monthly recurring debt including car loans, student loans, credit card debt, etc., divided by the gross monthly income of the purchaser. If that number is above 43%, the applicant will not qualify for an FHA loan. Some financial planners do not like to see that ratio above 36%. The banks do not mind you being house poor, as long as they believe that you can pay them back. How student loan debt is calculated into the back ratio seems to be evolving. But, no matter what magic a bank can come up with to qualify you for a loan, only so many greenbacks are going to run through your hands every month to pay everyone you owe.

Therefore, even if a 28-year-old has a good job and earns a decent income, he or she still may not be able to qualify for a mortgage loan at the price you want to sell your house because of their outstanding student loan debt. 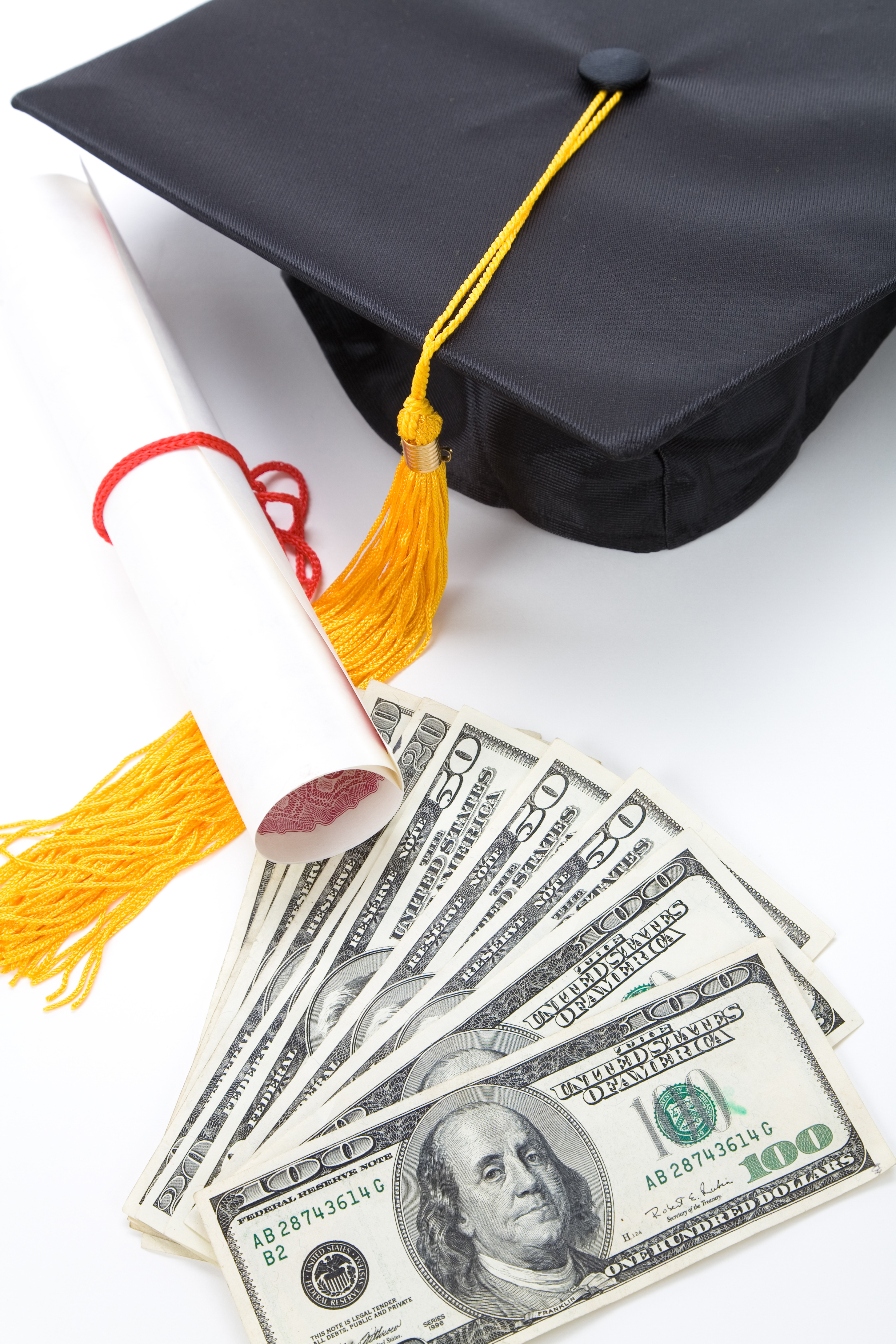 What does this look like at a macro level? If boomers want to sell their homes and millennials can’t buy those homes, inventory is going to increase and prices are going to decrease. A large chunk of boomers’ retirement savings is tied up in the sticks and bricks of their homes, and could be in jeopardy. Still think the student loan crisis is not your problem because you do not have a student loan?

I have been told that the millennial generation is not interested in buying homes because they do not like being tied down to one area. But it if you think about it, who is really saying that? It is my opinion that a lot of people in their 20’s do want to move around and be free. But you know what eventually changes this? Kids! Kids are like human anchors. They will root you in a community for a couple of decades or more. I often joke when boomers say something to the effect of “these millennials keep moving around.,” I reply, “Weren’t you guys the hippie generation driving around in VW buses in your 20’s?” The bottom line is that as the millennial generation gets older they will likely want the same things past generations wanted—a good home with a great family living inside.

Let’s go deeper into this problem and look at another possible scenario. Let’s say that the banks just ignore student loan debt as a part of the back ratio previously described. The reason they may do this is because banks need to loan out money to make more money. It is also possible that they will count a very small portion of student debt in the back ratio. Basically, they will work the numbers, so it smashes the square peg into the round hole. I recently heard from a lender that if mom and dad or an employer are making the monthly payments on the loan that it is counted very differently for the back ratio. I asked, “Are you worried mom and dad will stop making payments or their employer will cut that particular program?” At the end of the day, the student is still responsible for the loan, not their parents or employers. I got an answer that basically amounted to “We still need to sell loans.” If the student loan payment is not calculated well in the back ratio then you create a moral hazard with the home loan.

Let’s say the banks allow you to qualify for a home loan that you shouldn’t qualify for because of your student loan debt. Let’s say the back ratio would have been 55% if they didn’t use smoke and mirrors. You are in the home for two years or so and you run into money trouble. What is going to be paid first: the mortgage or the student loan? The mortgage, of course, because the house is a collateralized asset. If you do not pay you are literally out in the cold. Whereas if you do not pay your student loan there will be consequences but that piece of paper on your wall is simply not keeping you warm at night. On a macro level this is common in a recession. Student loan defaults will skyrocket, putting even more pressure on the economy. Credit scores will get wrecked, keeping people from getting loans for cars, second homes, etc. Still think this is not your problem because you do not have a student loan? 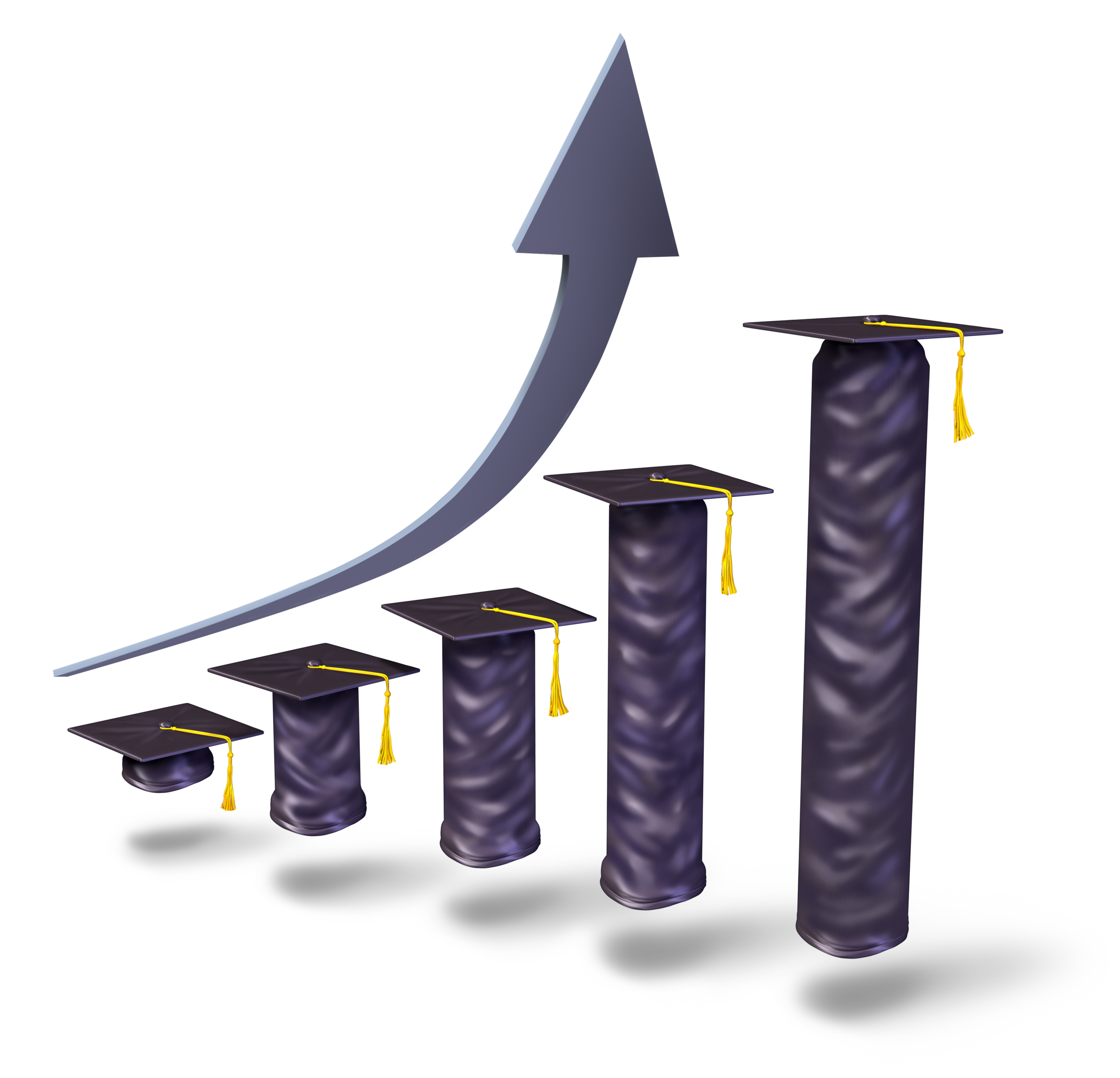 Many years ago, a simple solution was that, if financial times got tough, the easy out was to declare bankruptcy. In fact, it was not uncommon for students to take out loans for college and, upon graduation, declare bankruptcy to relieve themselves of this student loan debt. Sure, this wreaked havoc on credit scores; but most 22-year-olds aren’t buying homes, so the cost-benefit analysis suggests that they are better off by relieving the student loan debt through bankruptcy. However, in 1976, the bankruptcy code was altered so that federal student loans and loans made by non-profit colleges and universities could not be discharged during the first five years of repayment.  In 1984 this law expanded to include all private student loans, and since Congress passed the Bankruptcy Abuse Prevention and Consumer Protection Act of 2005, both federal and private student loans are much more difficult to discharge in bankruptcy than other types of debt.[2]

We can’t undo a lot of the damage already done. But what we can do is stop this vicious cycle of going into unmanageable debt to pay for college. Nothing beats saving and knowing how to create a strategy for funding college correctly in the first place. Having your children graduate from college with no debt (or at least manageable debt) is one the best gifts you can give them. It is important not only for current college students but people in the work force who would like to retire one day. Are you one of them?