In early 2000, when Brock Jolly launched his financial planning career, he was optimistic about the future—he had landed his dream job and the financial markets were doing phenomenally well. A few months later, the dot com bubble burst, causing many of Brock’s prospective clients to lose a significant amount of their wealth and, although he didn’t know it at the time, forever changing Brock’s career path.

Because of the market downturn, many parents sought Brock’s advice regarding how to pay for their children’s college education. After doing significant research, he determined that many of his peers didn’t really understand how financial aid and the college funding process worked. He sought to educate parents around this agonizing and fear-inducing topic and discovered his niche.

In 2002, Brock founded The College Funding Coach® with one goal in mind: teaching parents how to pay for college for their kids without sacrificing their own retirement savings. His refreshing and somewhat unconventional workshop, “Little-Known Secrets of Paying for College” was originally taught in all of the counties in and around the Washington, D.C. metropolitan area through adult education programs, directly with public and private schools, as well as with many businesses and community organizations. Regardless of the audience, the message is consistent: college is getting more and more expensive every year, and unless a family develops an informed strategy early—whether that is optimizing your eligibility for need-based aid or maximizing your liquidity and cash flow—it is difficult to “win” the college funding game.

The class is a great complement to the information that schools already provide, by giving tremendously valuable resources and out of the box thinking so that parents have the information to create efficient and effective strategies not only for paying for their children’s college education; but just as importantly, doing so and still being able to retire at the time and in the lifestyle for which they had prepared.

Around 2008, The College Funding Coach® began to expand their footprint, as word spread about their valuable workshop and related services. They now partner with dozens of advisors across the country to bring this critical message to parents. The workshop is fun and Brock and his team of advisors utilize a collaborative approach that is resourceful, creative and independent. They make a complex and seemingly dry topic simple and surprisingly interesting.

Brock graduated from the University of Virginia in Charlottesville, Virginia in 2000. He is a Certified Financial Planner™ (CFP®), and holds many other industry designations, including Chartered Financial Consultant (ChFC®), Chartered Life Underwriter (CLU®) and Certified Family Business Specialist (CFBS®).

Brock is a founding partner of the wealth management firm Veritas Financial, LLC, headquartered in Tysons Corner, Virginia, and has been recognized as a top performer within the financial planning community. In 2011, he was named the national Young Advisor Team Leader of the Year by the National Association of Insurance and Financial Advisors. From 2012 to 2014, Jolly served as the chairman of NAIFA’s Investment Committee, where he worked closely with association leadership to manage the reserve account. In 2014, he was elected by his peers to serve as a National Trustee for NAIFA—the youngest trustee ever elected. In 2015, Brock was awarded the Legacy Award by the Greater Washington Foundation of Insurance and Financial Advisors in recognition for his longstanding service to the Foundation, the financial services industry, the highest standards of professional conduct, and unselfish community service. Since 2018, Brock has served as the National Treasurer for NAIFA.

Brock is located in our Tysons, Virginia office and can be reached by phone at (800) 969-2362 or via e-mail at bjolly@thecollegefundingcoach.org. 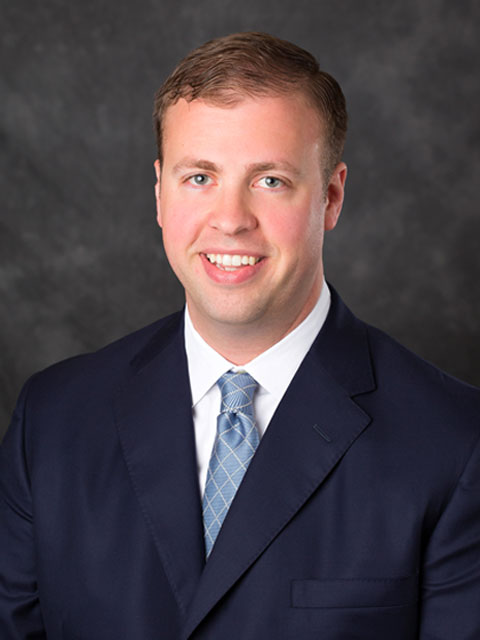